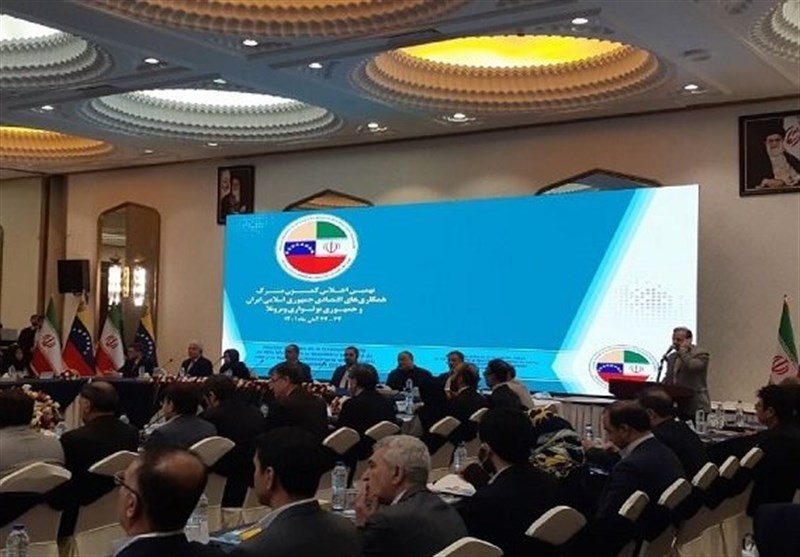 The ninth meeting of Iran-Venezuela Economic Cooperation Joint Commission kicked off in Tehran on Sunday.

The commission meeting, chaired by Defense Minister of Iran Brigadier General Mohammad Reza Ashtiani and attended by senior Iranian and Venezuelan officials, is focusing on ways to enhance the economic and trade relations between the two countries.

In comments at the meeting, Brigadier General Ashtiani said the ties between Iran and Venezuela have been growing constantly in recent years in accordance with a 20-year road map to the promotion of relations.

“The Islamic Republic of Iran and Venezuela are two independent states that share close and common views about many regional and international issues, such as seeking independence, the right to self-determination, multilateralism, and the need to counter the cruel sanctions, and are working in cooperation to promote, deepen and expand the bilateral ties in the scientific, economic, industrial, agricultural, energy and cultural fields,” he added.

The Iranian defense minister also noted that the ninth meeting of the Economic Cooperation Joint Commission seeks to expedite and facilitate the trade ties between Tehran and Caracas on the basis of economic diplomacy in order to boost the two sides’ strategic advantages and their interaction in the fight against the cruel sanctions.

In October 2021, Iran and Venezuela agreed to draw up a road map to 20-year cooperation.

In a meeting with Venezuela’s deputy foreign minister, held in Tehran earlier this month, Iranian Foreign Minister Hossein Amirabdollahian said Tehran is carrying out the contents of the road map to long-term cooperation with Venezuela with the maximum power.