WANA (Nov 29) –  Iraqi Prime Minister Mohammad Shia al-Sudani and his accompanying delegation met with the Leader of the Revolution this evening (Tuesday 29). 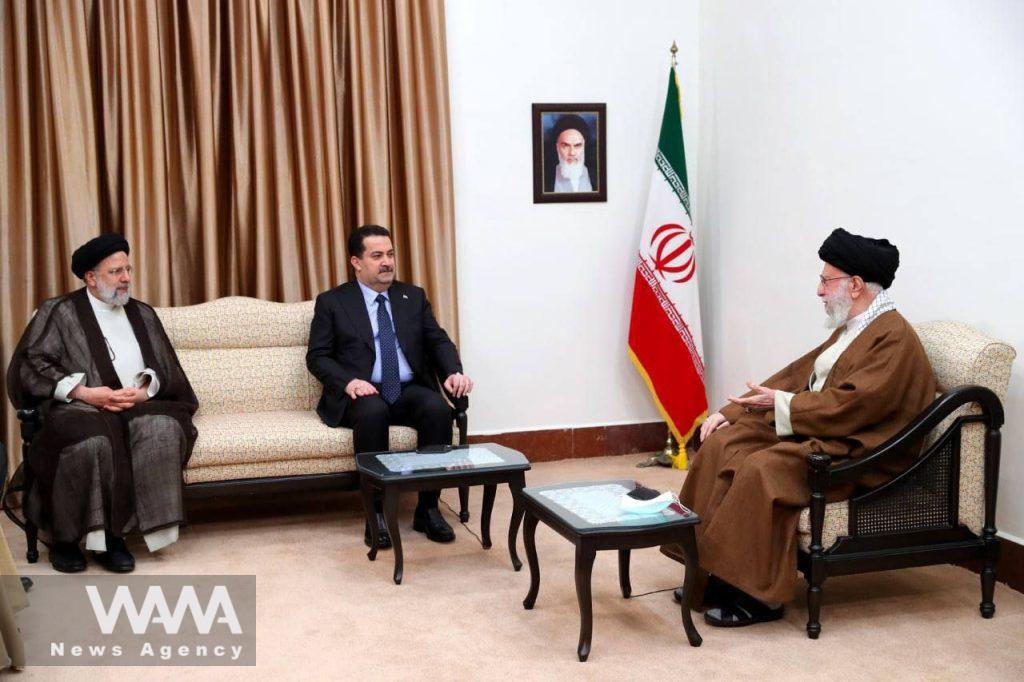 Leader of the Islamic Revolution, Imam Khamenei, met with Iraqi Prime Minister, Mohammed Shia al-Sudani on November 29, 2022. During this meeting, Imam Khamenei emphasized that, “Iraq’s progress and its reaching its honorable, rightful position is to the benefit of the Islamic Republic. We believe you are the person to sort out Iraq’s affairs and relations to elevate the country to an independent position that is in line with its civilization and history.”

The Leader of the Islamic Revolution congratulated Mr. al-Sudani for his election as the prime minister of Iraq, describing him as a devoted and competent person. He added that al-Sudani’s appointment as the head of the Iraqi government is a source of pride.

Imam Khamenei considered Iraq to be the top Arab state in the region in terms of its natural and human wealth, as well as its cultural, historical background and civilization. “Unfortunately, despite this kind of history, it has yet to claim its deserved, true position. It is hoped that Iraq will make progress and reach its real position under Mr. al-Sudani.” 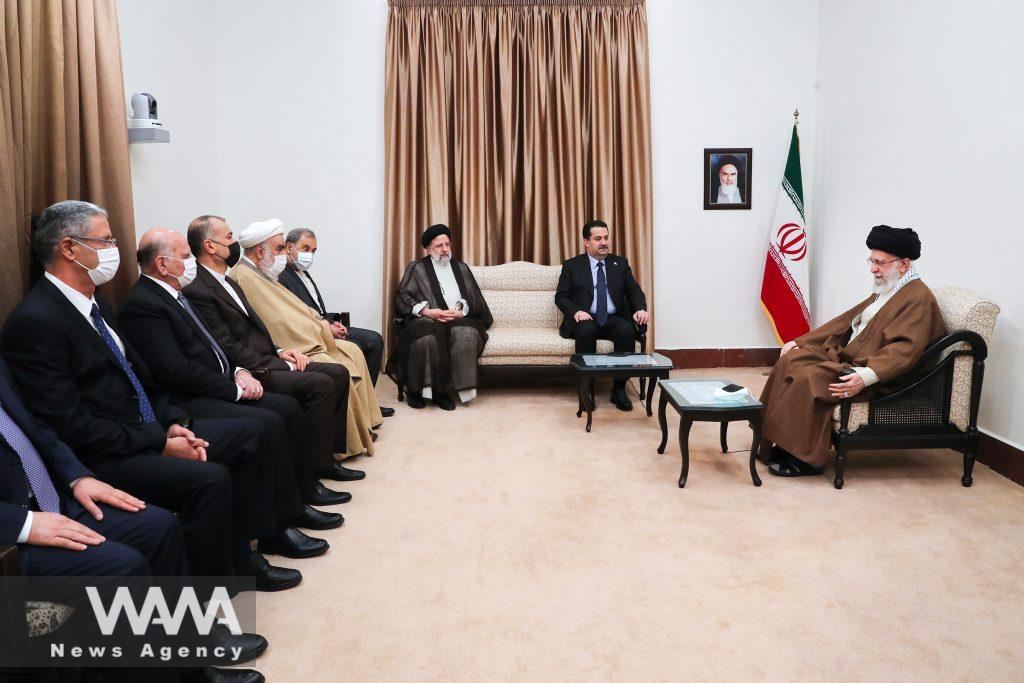 He added that one of vital things that are needed in order for Iraq to reach its true position is the solidarity and unity between the country’s internal groups. “Another requirement for this progress is the maximum use of young, motivated Iraqi forces.”

The Leader of the Islamic Revolution also pointed out that there are enemies who do not wish to see Iraq’s progress. “Of course, Some are hostile to Iraq’s progress. They may not express their enmity openly, but they do not respect Mr. al-Sudani’s government. You need to stand up firmly to the enemy’s plans by relying on the people and on the young, motivated forces who successfully countered the vast, deadly risk of the Daesh.”

Imam Khamenei stated that Iraq’s progress in the fields of economy, service, and even cyberspace and the presentation of a legitimate image of the government to the Iraqi people depends on using the extensive potentials of the Iraqi youth as real supporters of the government. “Iraq’s new government can make serious changes in various fields, especially in the provision of services to its people. It can achieve this with the kind of support I mentioned and by using the good financial resources and provisions that exist in the country.” 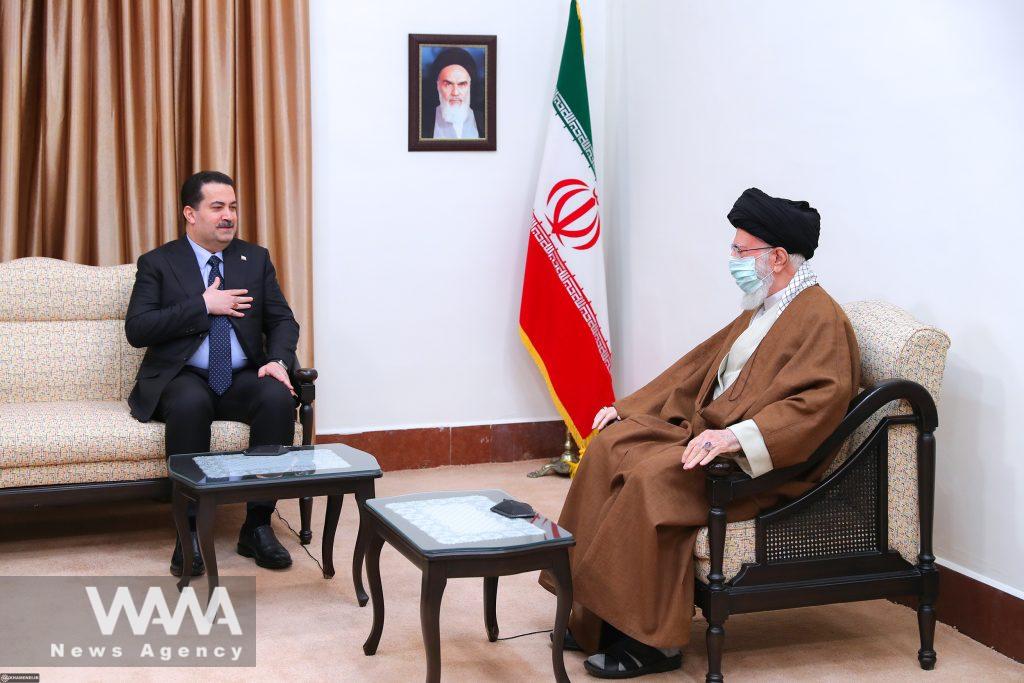 During the meeting, the Iraqi Prime Minister stated that according to the constitution, no party is allowed to use Iraqi soil to disrupt Iran’s security. In reference to this, the Leader stated, “Unfortunately, this is currently taking place in some areas of Iraq. The only solution is for the Iraqi central government to extend its authority to those areas as well.”

The Leader of the Islamic Revolution underlined that, “Of course, our view on the security of Iraq is that if any party intends to disrupt the country’s security, we will stand up firmly in front of any party seeking to undermine Iraq’s security.”

Imam Khamenei emphasized that, “Iraq’s security is Iran’s security, in the same way that Iran’s security also has an effect on the security of Iraq.” Referring to the Iraqi Prime Minister’s talks in Tehran today, he added, “In previous periods, we saw good negotiations and agreements, but few reached the stage of implementation.  Therefore, we need to move towards implementing all of the issues that were agreed on, especially in the fields of economic cooperation, the exchange of goods, and railway connections.”

The Leader also referred to some ill-intentions that are seeking to prevent understandings and cooperation between Iran and Iraq. “These intentions must be overcome with action.” 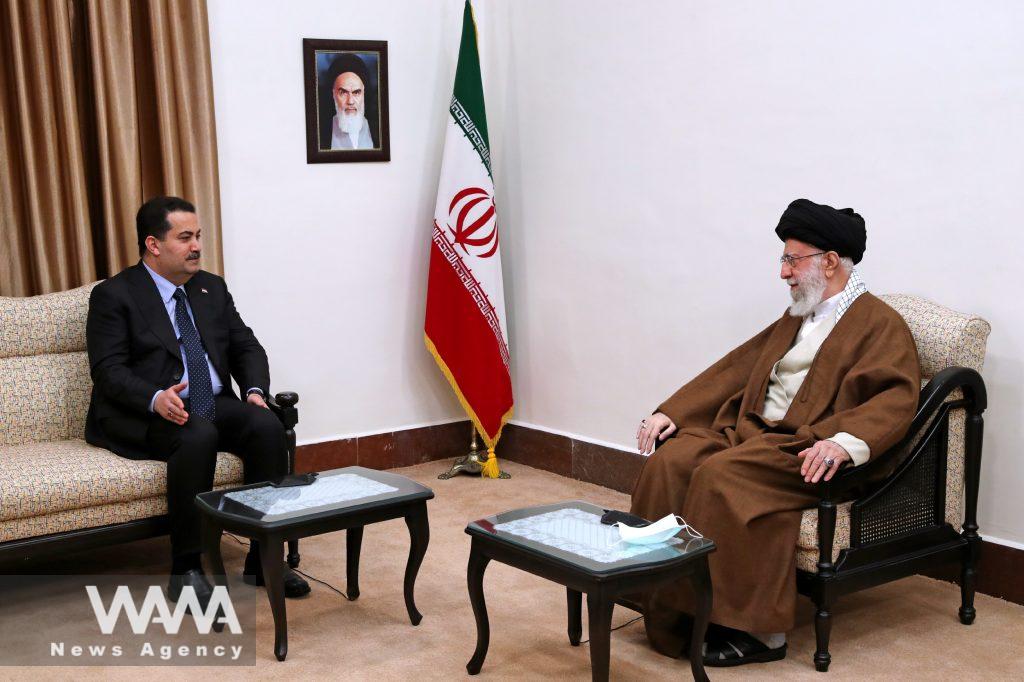 Iranian President Ebrahim Raeisi also attended the meeting during which the Iraqi prime minister pointed out the strategic and historical relations between the two countries: “A clear example of the cooperation between Iran and Iraq was the war with DAESH, where the blood of Iranians and Iraqis were combined in one trench.”

Honoring the memory of martyrs Qasem Soleimani and Abu Mahdi al-Muhandis, al-Sudani considered these two distinguished martyrs as another example of the togetherness of the two nations.

Referring to the new Iraqi government’s determination to implement the agreements between the two countries and expand relations in various fields, especially in the economic field, al-Sudani noted, “The security of Iran and Iraq are intertwined, and in accordance with the constitution, we will not allow anyone to use Iraqi soil to undermine this security.” 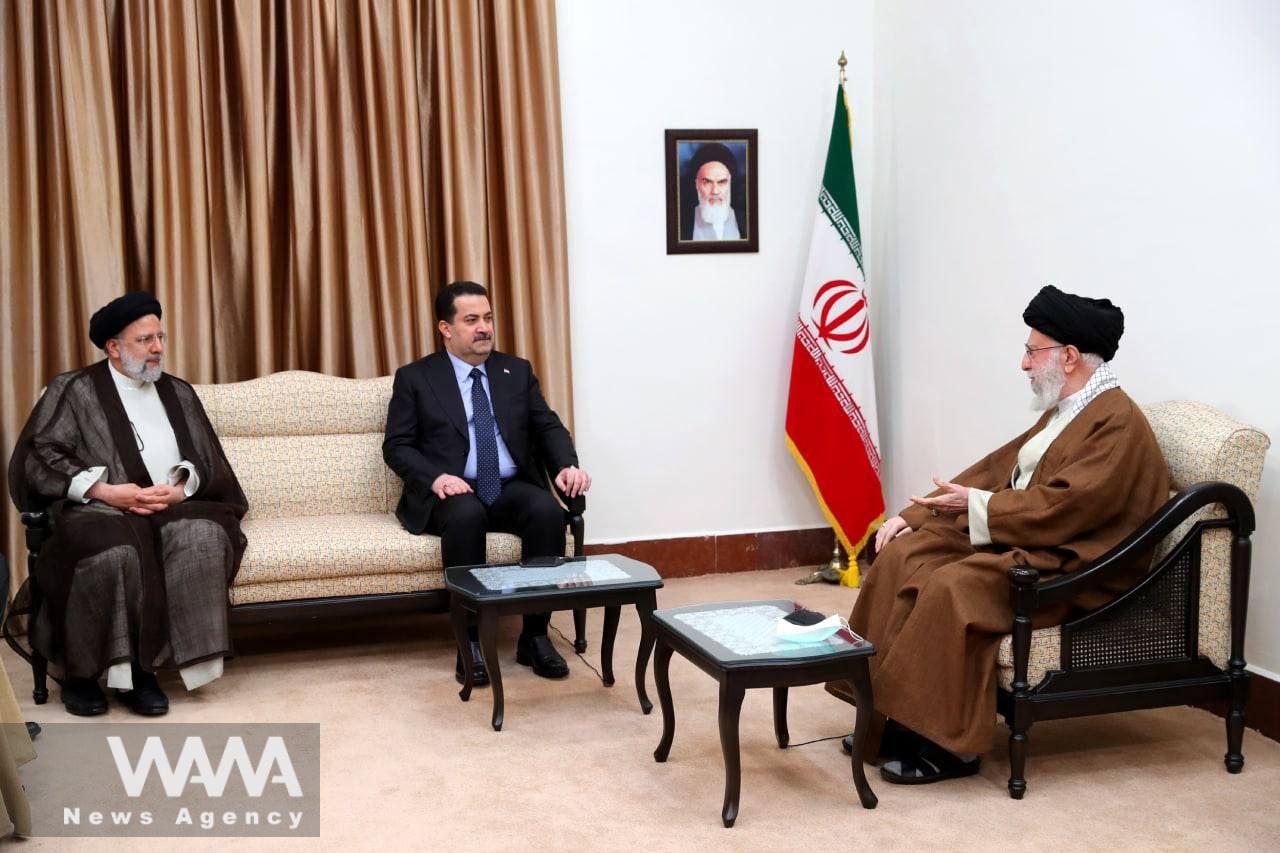