WANA (Nov 26) – On the occasion of Basij Week, the Leader of the Islamic Revolution met with a large number of the members of the Basij in the Imam Khomeini Hussainiyah on Saturday, November 26, 2022. After explaining the intentions and projects the Western colonizers have had for the West Asian region, Imam Khamenei described the Islamic Revolution as the phenomenon that shattered the Western colonizers’ dreams for West Asia.

Imam Khamenei also pointed to the Basij spirit during the period of the Islamic Revolution and explained that the Basiji spirit also existed during the rule of the taghut regimes, but it was suppressed by either the foreigners or the corrupt governments of the time. However, during the revolutionary period, the numbers increased and later on Imam Khomeini invigorated the Basij and revived this capacity.

The Leader of the Revolution underlined that Imam Khomeini (ra) introduced the Basij as a manifestation of the Quranic concept of shajarat-u taiba [“the good tree”] explaining that one of the fruits of Basij’s presence is that it shows the regeneration and vitality of the revolution, the spirit of jihadi work, without expecting anything in return, without caring to reveal your name or being pretentious. The element of spirituality is highlighted in all activities that are undertaken by the Basij combining a practical approach with values.

Imam Khamenei also emphasized the special approach adopted by Europe and the US in the West Asia region, explaining that following the two world wars, Western colonialism, Europe first and then the US, paid special attention to and established a distinct approach toward this region.

He explained that the reason for America’s and Europe’s policy in this region is because it is the world’s main oil region and the region that links the east to the West. Therefore, Western colonizers pay special attention to West Asia and that is why they created the usurping Zionist regime in this region.

In this regard, the Leader also talked about the country that carries the most importance in the region saying that there is one place in the West Asia that is the most important and that is Iran. This is because it has more wealth than all the other countries resources such as oil, gas and mines and it is located in the most sensitive geostrategic location.

He explained that this is why the West focused on Iran, first the British who tried to gain as much influence as they could and then the Americans who dominated Iran. This is what the situation was like in the country and the region before the Revolution.

Imam Khamenei went on to describe the Islamic Revolution as the phenomenon that shattered the Western colonizers’ dreams for West Asia. He explained that according to the West, Iran had strategic depth in six countries. The governments of these six countries — Iraq, Syria, Lebanon, Libya, Sudan, and Somalia — had to fall so they could harm Iran. These plots were thwarted by the enormous, effective strength of the Islamic Republic, the embodiment of which was a person named Haj Qasem Soleimani.

Elsewhere in his remarks, Imam Khamenei considered the spreading of lies and false information as the enemy’s most important tactic saying that the most important action that the enemy is currently undertaking is spreading lies. They present fake news and analyses in the satellite channels and social media that belong to them for example by presenting fake news about the death of certain individuals. 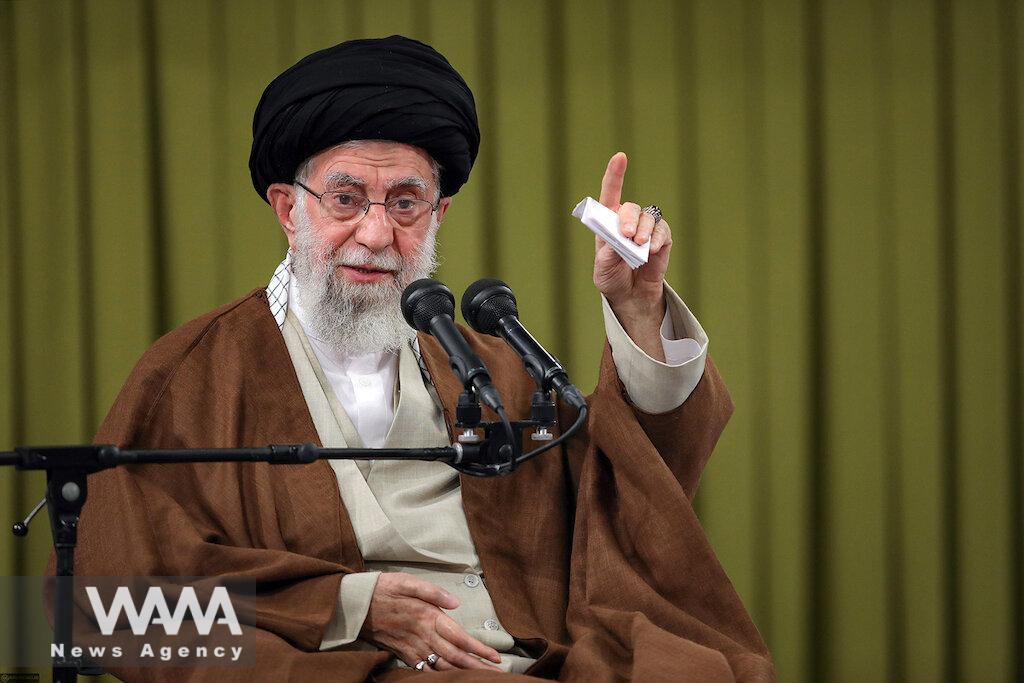 In this regard, the Leader emphasized that everybody needs to be aware that the work that enemy is currently undertaking is based on lies and once we are aware of this, we naturally have a duty, to engage in a  jihad of clarification.

The Leader of the Revolution went on to talk about the enemy’s use of surprise tactics, while the public and the media are paying attention to the World Cup tournament. He cautioned Iranian officials to be mindful about events taking place inside and outside of the country warning that events happening in the surrounding areas of the country are important to us, in West Asia, in the Caucasian region, and the eastern regions, these regions are all important. 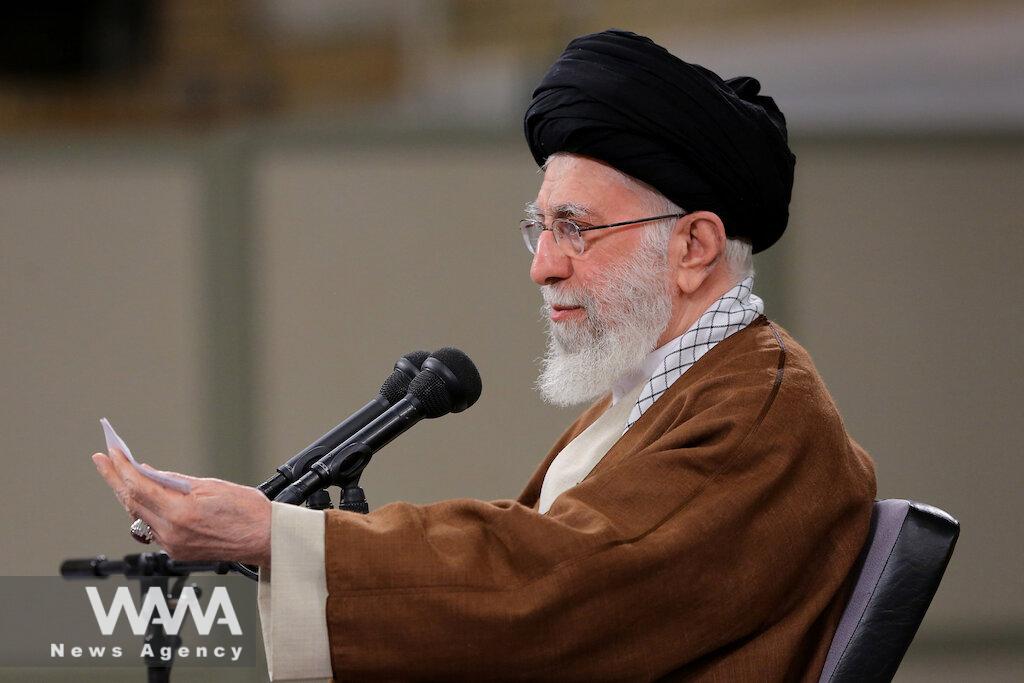