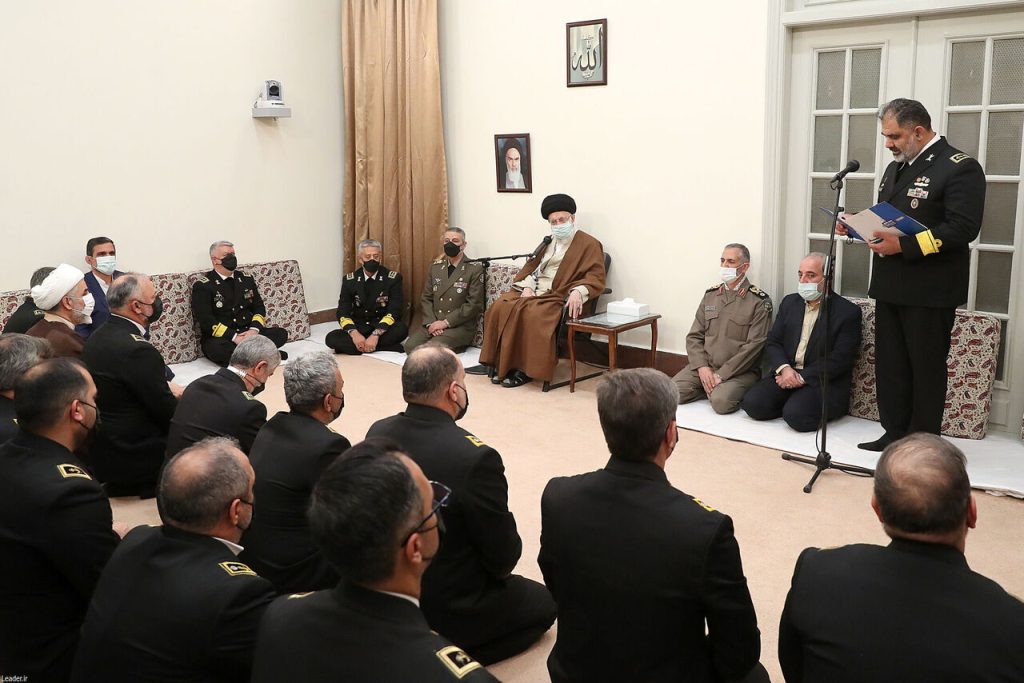 Supreme Leader of the Islamic Revolution Ayatollah Seyyed Ali Khamenei stressed that leveraging the opportunity of the sea and its huge capacities should become a general culture in the country.

Supreme Leader made the remarks in a meeting with a group of navy commanders.

He underlined improving the combat power and defense equipment in the navy and continuing actions such as navigation in distant and international waters, saying that strengthening the relationship between the armed forces with the government and other forces will help understanding, cooperation and progress.

Referring to the seafaring background of Iranians, which caused the exchange of Islamic and Iranian culture and civilization to other parts of the world, Ayatollah Khamenei said despite this history and the long sea coasts in the north and especially the south of Iran, the culture of using the opportunities of the sea is neglected in the country.

Elsewhere in his remarks, Supreme Leader stressed the importance of animations in introducing the diverse opportunities of the sea, saying that by taking advantage of artistic productions and introducing the sea capabilities of the country, both in the military and civil sectors, people’s enthusiasm to use this opportunity will increase. 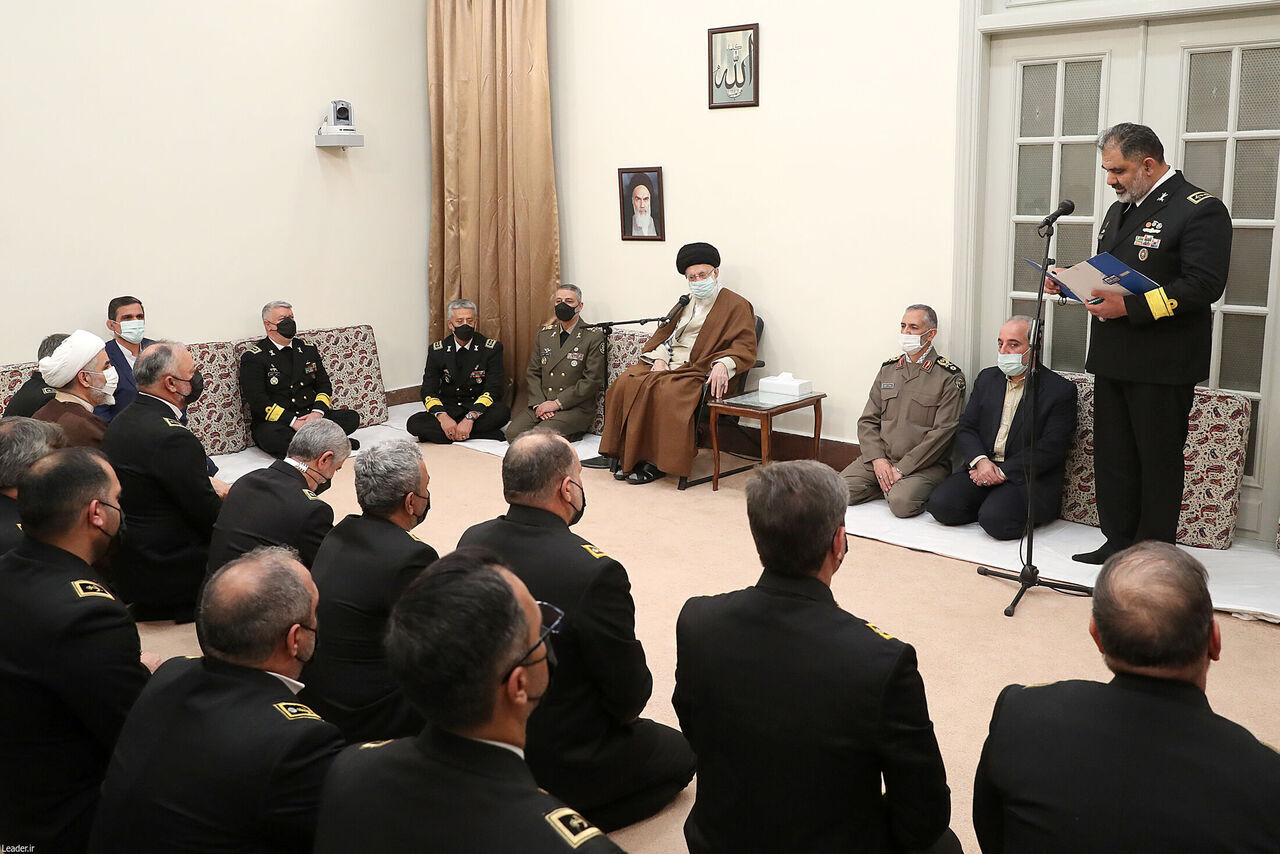