In the the meeting, Amirabdollahian submitted an official message of President Ebrahim Raisi to the Sultan and is scheduled to meet other senior Omani officials later on Wednesday.

Upon arriving in Muscat on Tuesday, Amirabdollahian told reporters that his message from Raisi to the Omani Sultan is a “key” one adding that Tehran and Muscat have always discussed regional, international, and bilateral issues.

“Oman is a center of regional dialogue on a diversified range of issues and high-ranking Omani authorities have always played a pivotal role in relation to regional crises,” said Iran’s Foreign Minister.

He pointed out that his travel to Muscat will be an opportunity to review ties between Iran and Oman and to follow up on bilateral agreements that need to be speeded up. Amirabdollahian said his discussions in Muscat will also cover crises in Yemen, Afghanistan and Ukraine. 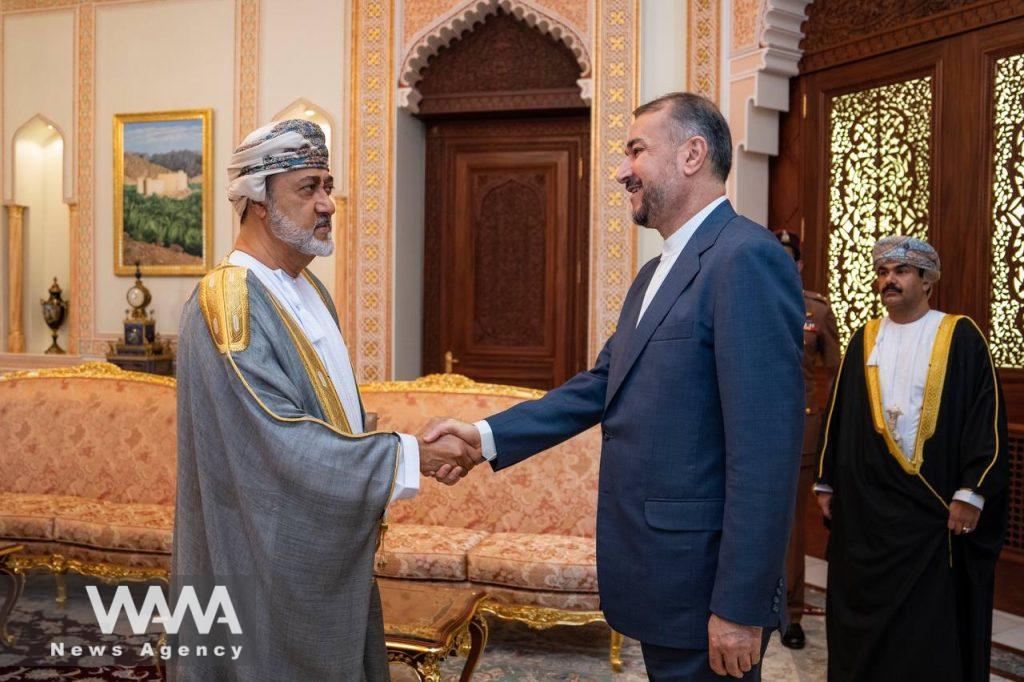 Meeting of the Minister of Foreign Affairs of the Islamic Republic of Iran with the Sultan of Oman – 28. Dec.2022 – Social Media / WANA News Agency

During recent decades, Oman has played a key role in disputes between Iran and the West. Some believe that during his recent visit to the sultanate, Amirabdollahian is presenting the latest position of Iranian government on the Joint Comprehensive Plan of Action (JCPOA) or Iran nuclear deal.

Many Western and Arab diplomats regard Oman as a model of balance on regional issues. The former king of the country, Sultan Qaboos bin Said who ruled his country from 23 July 1970 until his death on January 10, 2020, altered the former Arabian Peninsula backwater into a modern state while protecting it from much of the region’s turmoil by adopting a moderate approach on foreign policy.

This model of balance has led many Western nations to repeatedly turn to Muscat to act as a mediator in resolving thorny regional issues — from the kidnapping of Americans and Europeans to the 2015 Iran nuclear deal.

Oman also mediated between Tehran and Washington for prisoner releases, including the freeing of three US hikers jailed in Iran on suspicion of being spies after they strayed across the border in 2009.

Despite being a member of the Saudi-dominated Persian Gulf Cooperation Council (GCC), Oman is the only country in this region which has not taken part in the Saudi-led military coalition’s battle against Yemen’s Iran-aligned Huthi combatants.

On the other hand, Oman was also the first Persian Gulf state to receive Israeli Prime Minister Benjamin Netanyahu in October 2018.

The negotiations related to JCPOA is hoped to be resumed although the U.S. administration earlier said that JCPOA revival is no longer its focus. Such a remark was made after the recent protests in Iran which shook the entire country. 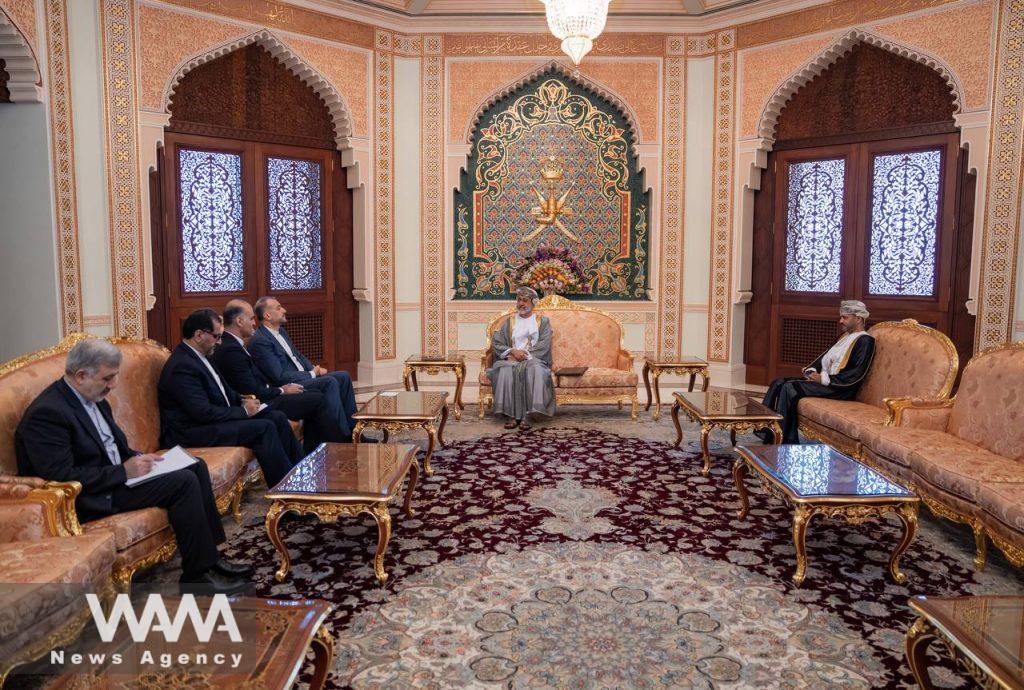 Meeting of the Minister of Foreign Affairs of the Islamic Republic of Iran with the Sultan of Oman – 28. Dec.2022 – Social Media / WANA News Agency

Of course, different voices are always heard from the United States regarding the JCPOA. They state in the media that Iran’s nuclear issue is not their priority, but, citing Iranian officials, they secretly send a message that they want to resolve the issue and return to the agreement. This dual behavior of the Americans has surprised the Iranians to some extent, and sometimes they make fun of this behavior of the Americans in their speeches.

However, President Raisi said yesterday that regardless of disapprovals a number of countries [in the West] have expressed their tendency to resume nuclear negotiations and they had no role in recent unrests in Iran.

Then again, Abulfazl Amouee, Spokesman of the Commission of National-Security and Foreign-Policy in Iranian Islamic Majlis (Parliament) said today that revival of JCPOA depends on resolving an issue and clarifying a number of phrases in the agreement. The West hoped to gain political benefits out of the recent incidents in Iran, but currently the situation of the general security in the country has improved. 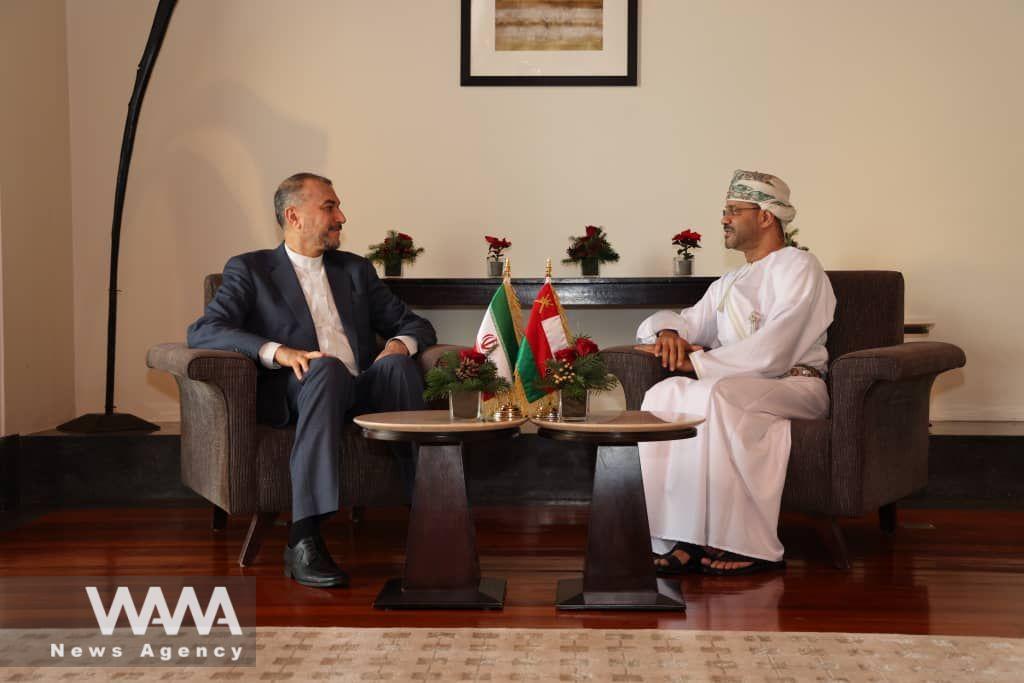 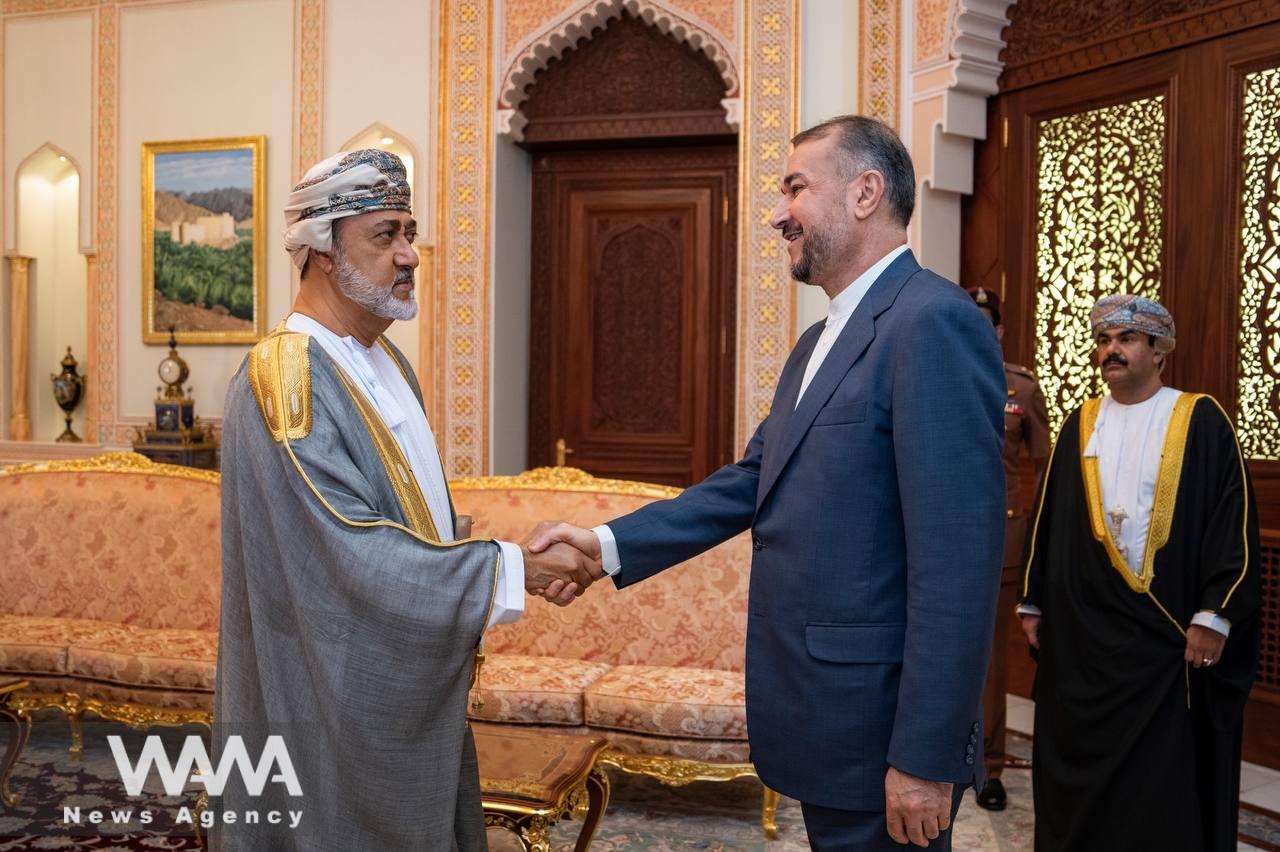