WANA (JAN 04) – The installation of banners in front of the embassies of England, France, Germany and Switzerland with the slogan “We will take revenge” by the Tehran Municipality Beautification Organization has become controversial on social networks.

Tehran believes that these embassies played an important role both in the assassination of General Soleimani and in the recent riots in Iran.

The view of the conservatives in Iran is that these countries seek to overthrow the government of Iran by funding the oppositions of the Islamic Republic, providing media support and spreading lies about the situation in Iran in their media. 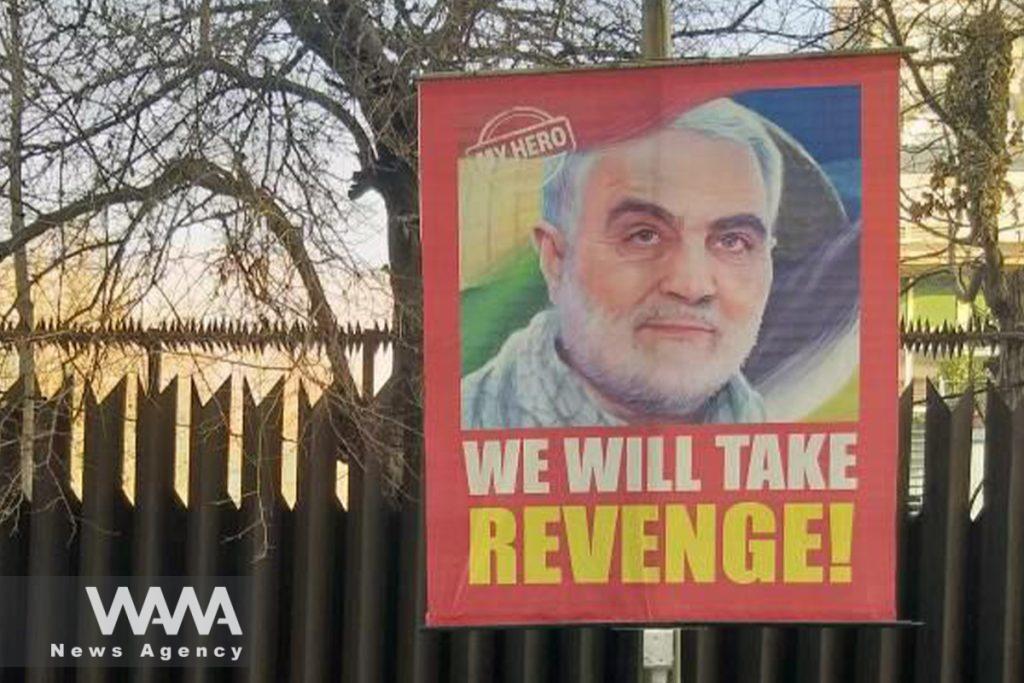 Therefore, in a mutual war, the Iranian side also believes that they should go to the war against Western lies and instead of defending, they should attack them.

Writing slogans on the wall of the British Embassy and installing banners with the words “We will take revenge” is a message that the ambassadors of these countries see every day before entering the embassies.

If the western parties reduce their hostility towards Iran and abandon the war in the media field, maybe the Iranian side will also reduce its media confrontation in a countermeasure. 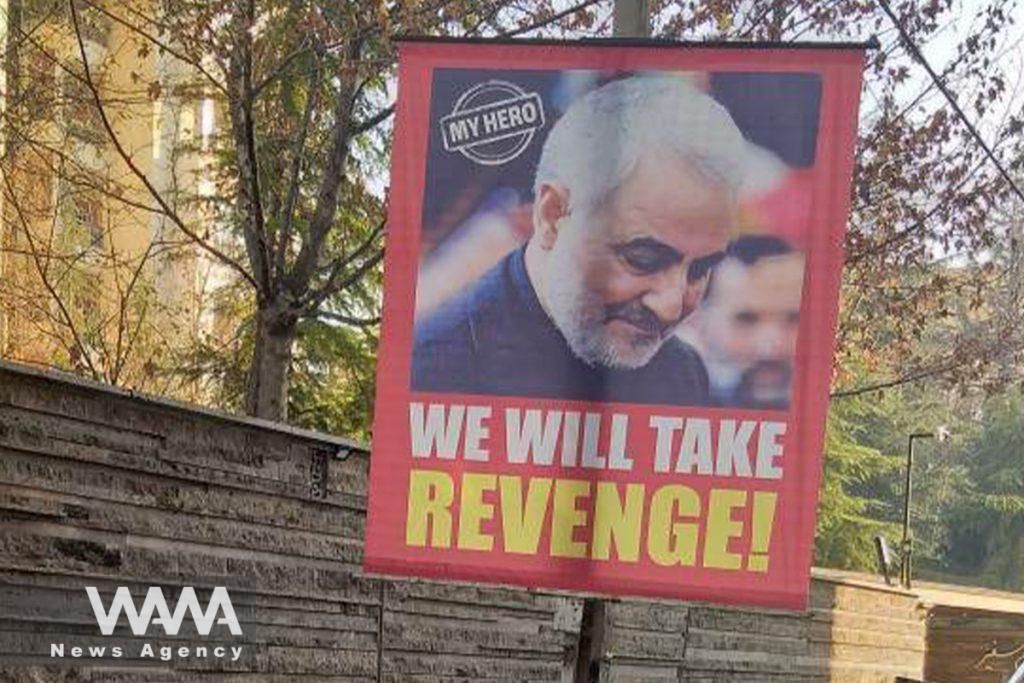 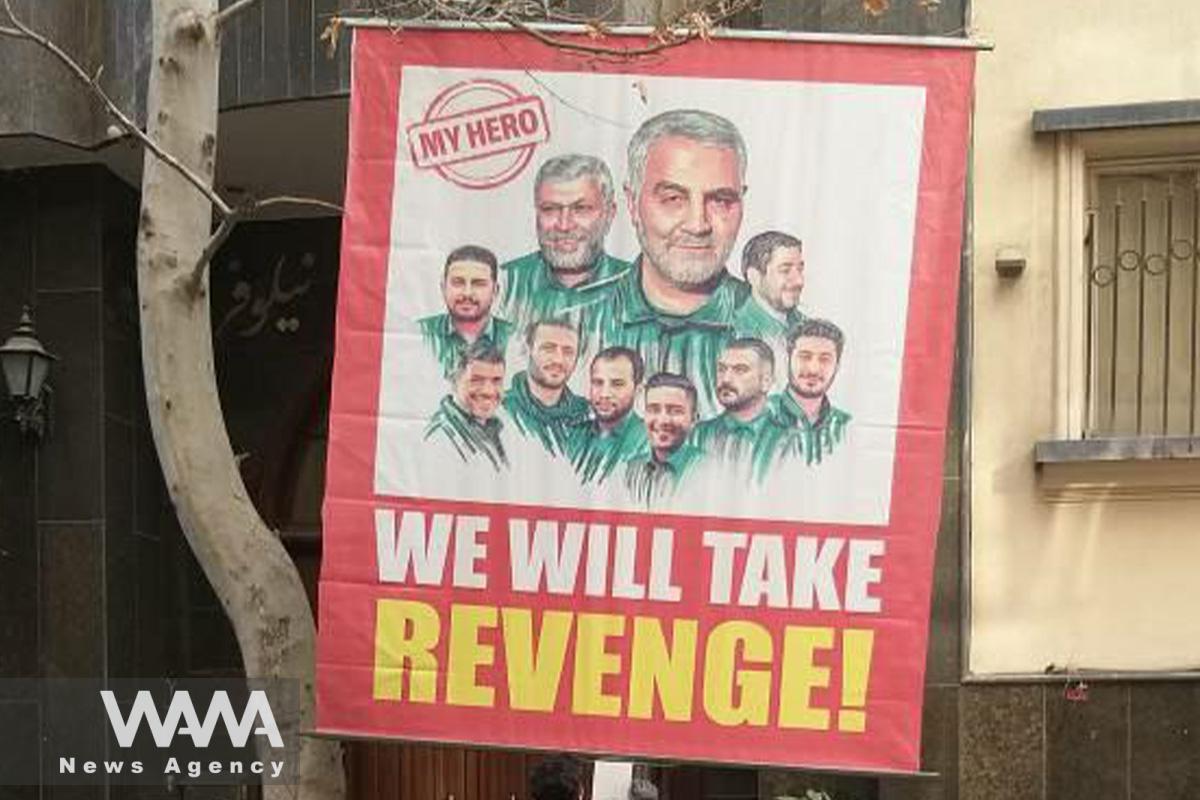