WANA (JAN 13) – Iran’s Foreign Ministry and Judiciary officials have censured a Swedish court of appeal toward ex-official Hamid Nouri sentenced to life imprisonment for contribution to the 1988 executions of political prisoners in Iran.

The Islamic Republic of Iran’s Foreign Ministry Spokesman Nasser Kan’ani lamented over the surprising and unanticipated behavior and measure of the Swedish court of appeal concerning Hamid Nouri, a former Iranian judiciary official jailed in that country.

The diplomat emphasized that Iran will carry on to back the rights of its citizens all around the world including Hamid Nouri who was imprisoned in Sweden since October 2019. Furthermore, Iran’s Judiciary’s Deputy Chief for International Affairs and Secretary General of the Islamic Republic of Iran’s High Council for Human Rights Kazem Gharibabadi has lambasted the Swedish administration for what he called violating human rights in respect to the case of Hamid Nouri.

Speaking about Hamid Nouri’s case in Sweden, Gharibabadi claimed that from the time Nouri’s was arrested to his trial and the issuance of a verdict against him, the Sweden’s administration and judiciary have constantly ignored Nouri’s rights in different ways. 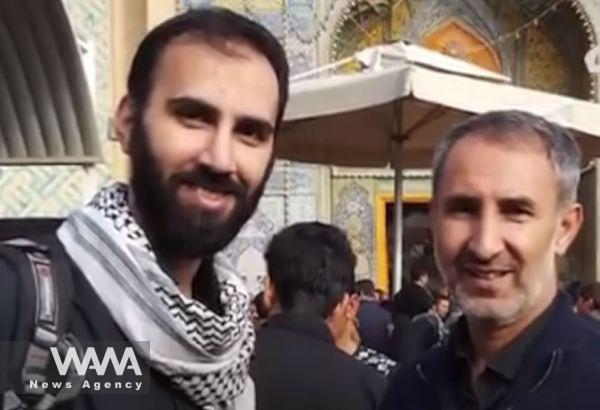 Earlier, the Stockholm District court announced that 61-year-old Nouri participated “in the executions of many political prisoners in Iran in the summer of 1988” and had “the role of assistant to the deputy prosecutor” at the prison “jointly and in collusion with others been involved in the executions”.

During the trial proceedings which came to end on May 4, Nouri also known as Hamid Abbasi denied he was involved in such crimes.

A life sentence in Sweden generally means a minimum of 20 to 25 years in prison, but it could be extended. If he is eventually released, Nouri will be expelled from Sweden. Noury can appeal the verdict.

Swedish Judge Tomas Zander quoted Nouri as saying that the evidence against him were forged by MEK who “wrongly accused him of participating in a fabricated course of events for their political gains.”

Known in Iran as a terrorist group, the MEK militants launched an attack on Iran in July 1988. They invaded Iranian Kurdistan, hoping to capture Kermanshah. They were armed, equipped and given air support by the Iraqi military. In the aftermath of the failed invasion, Iranian officials executed many members on the MEK, on the charge of treason.

Later in 1998, General Sayyad Shirazi, the Iranian commander who led the coordination between the Islamic Revolutionary Guard Corpse (IRGC) and the Iranian army, and was responsible for the success of Operation Mersad was assassinated by an MEK operative posing as a road sweeper outside his home.

The MEK was already responsible for another terrorist attacks in Iran such as the Haft-e Tir bombing and 1981 Iranian Prime Minister’s office bombing, which killed Iran’s president, prime minister, chief of police, several ministers and deputy ministers, dozens of parliament’s members, and other administrative officials.