close
Home Page Latest News Not only has the West oppressed women, they have also been hypocritical in their actions

Not only has the West oppressed women, they have also been hypocritical in their actions

WANA (JAN 04) – Ayatollah Khamenei, the Leader of the Islamic Revolution, says not only have the Western countries oppressed women, but they have also been hypocritical in the way they criticize Islam over women’s rights. The Leader made the remarks during a meeting with hundreds of prominent Iranian women in the Imam Khomeini Hussainiyah on January 4, 2023.

During the meeting, the Leader expounded on Islam’s advanced, just viewpoint with regard to women, especially in the fields of gender equality, laws and responsibilities, and individual, family, and social roles.

Imam Khamenei expressed his satisfaction with holding such useful meetings with women. He also referred to some of the topics brought up by the guests, and he highlighted the need to use some of the suggestions put forward by the attendees. 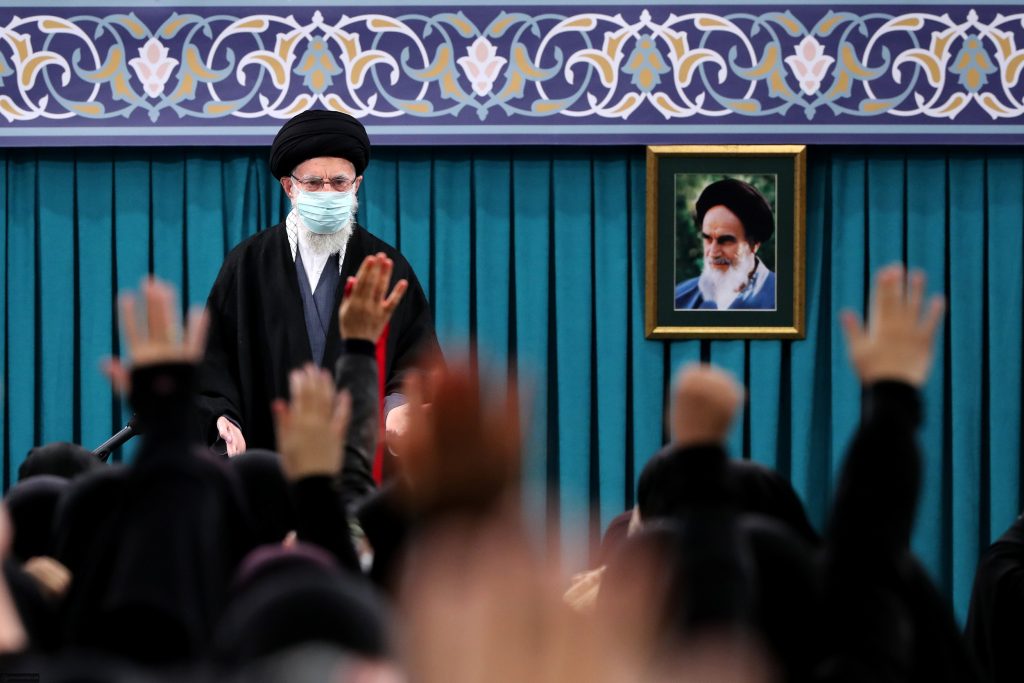 On the issue of women, he said the Islamic Republic’s stance toward the hypocritical human rights advocates in the West is that of demand and being on the offensive rather than defense, because “the modernized West and its decadent culture are truly guilty in this regard and have committed a crime against women’s honor and dignity.”

Imam Khamenei expressed hopes that with endeavors made by prominent Iranian women to introduce Islam to the West, religion’s viewpoint with regard to women will have an impact on the general public there. 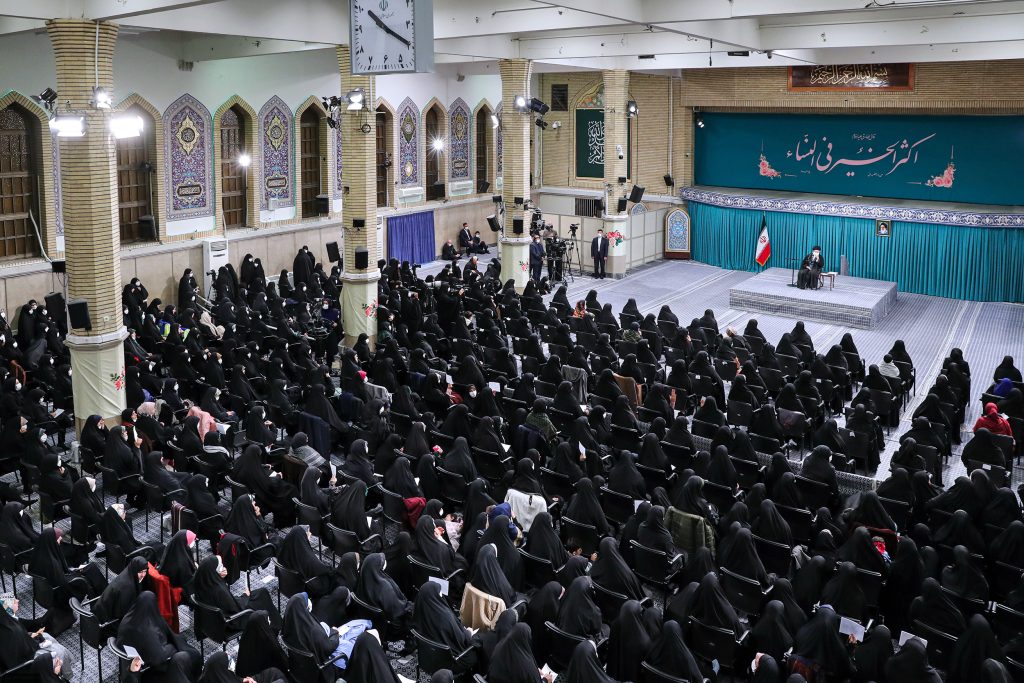 He then pointed out that men and women have different, yet balanced, roles and responsibilities in Islam and said, “Unlike the deeply patriarchal Western capitalist system, in Islam both men and women are important in various issues and have legal, intellectual, theoretical, and practical privileges. However, the West falsely attributes the inherent patriarchy that exists in their own system to Islam.”

Further elaborating on the primacy of “capital” over “human beings” in the West, the Leader said that in their system anyone who can accumulate more wealth is more valuable. Naturally, given that men’s character is such that they are more inclined to accumulate wealth, the West’s capitalistic system is deeply patriarchal.

According to Imam Khamenei, the fight for freeing black slaves in the bloody civil wars of the US in the 19th century is another example of the capitalist system’s deception and exploitation of respected values.

“In that case too, the capitalists of North America dragged the blacks from the southern farms to the north in the name of freedom and hired them with low wages,” he said. 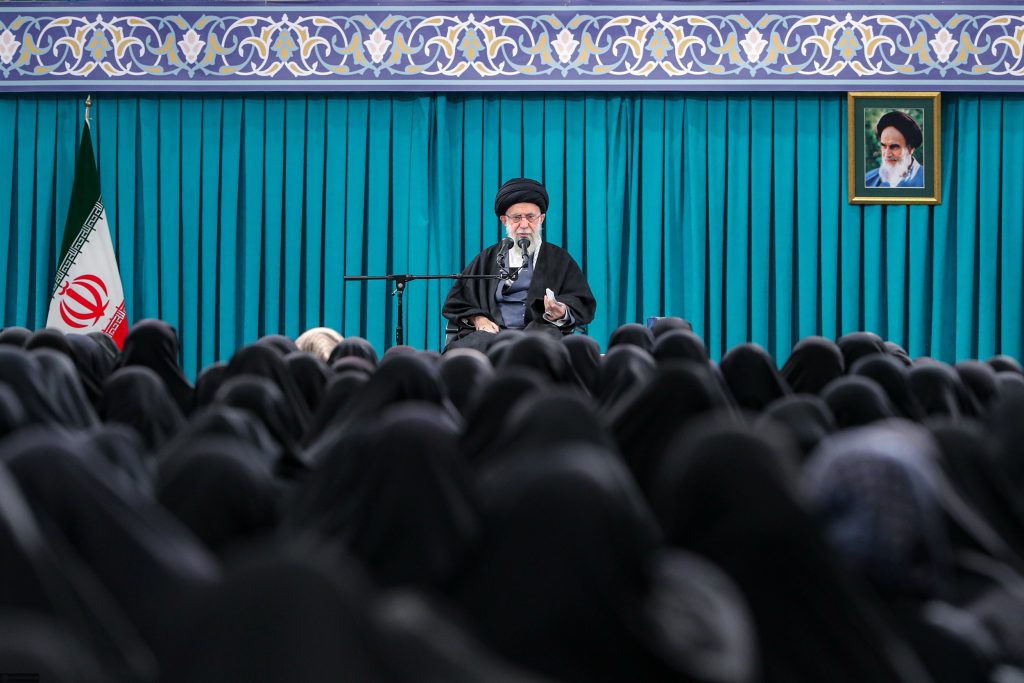 The Leader of the Islamic Revolution argued that the greatest blow to the status and dignity of women is that the capitalist system uses various means to convince women that it is to their benefit and their value lie in making themselves more sexually attractive for men on the streets.

“Contrary to this decadent view, God in the Holy Qur’an says that women are role models for men,” he explained. The Leader said the West’s claims to be the defenders of women’s rights are disgraceful given what the West’s official statistics and facts say about the status of women there.

“The freedom the capitalist system claims to give is actually ‘captivity and insulting’ women. One is ashamed to even mention some events that take place in the West,” he said.

“The sex trade and sexual slavery, the breaking of all moral and conventional boundaries, and legalizing things such as homosexuality, which is forbidden in all divine religions, as well as other abominations, are the results of the West’s viewpoint and culture with respect to women. Therefore, strictly avoiding the Western viewpoint with regard to women is an obligatory action,” Imam Khamenei stressed. 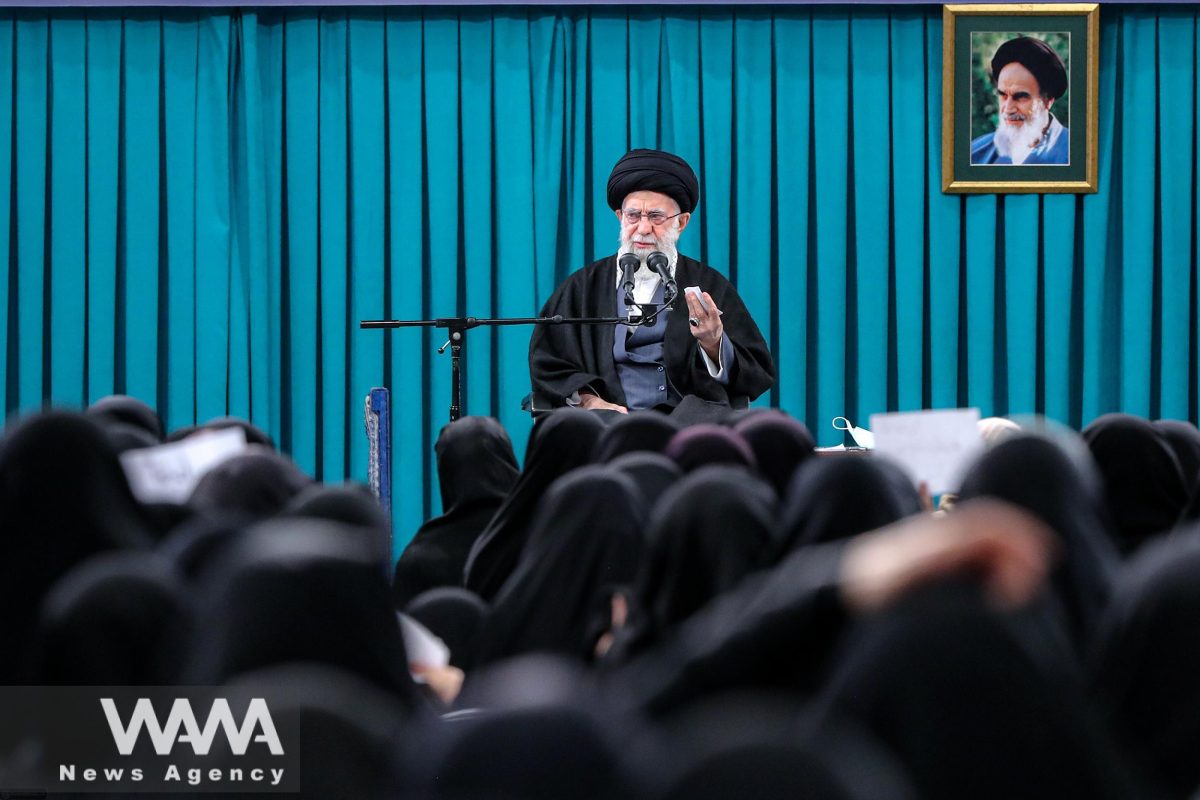