“Den of Espionage” An embassy with a specific mission

WANA (Dec 9) – The walls of the UK’s Tehran Embassy have recently been covered by anonymous persons with graffiti condemning what called the UK’s involvement in the latest unrest in Iran. PHOTO

The letters on the walls of the Embassy label the place as the “Den of Espionage”, other slogans such as “Death to the UK”, “The Embassy of Deception”, “Eternal Enemy” and so on apparently function as a sign of convicting the UK’s attitude to the recent protests erupted throughout Iran. 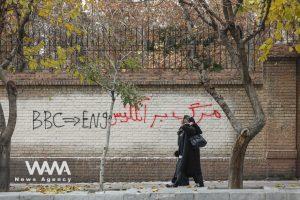 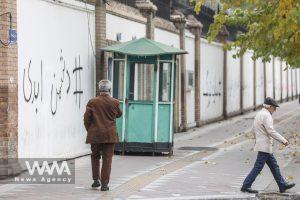 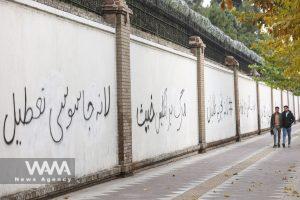 During the latest protests in the country, unlike the former rounds, the protesters have recourse to graffiti as a sign of challenging the establishment reminiscent of the days of the Iranian revolution in 1978, which toppled the long-standing monarchial regime of the time.

So, the recent action taken on the walls of the UK’s Tehran Embassy can be viewed as a countermeasure from the side of the pro-government activists who say the West including the UK play a pivotal role in current unrests in Iran.

In the heyday of the Iranian Revolution, influenced by the counterparts in several world countries which staged popular rebellions against their tyrannical regimes, the Iranian revolutionaries used graffiti as an instrument for expressing their ideology and struggle. A move that turned out to be so popular among revolutionaries and people. 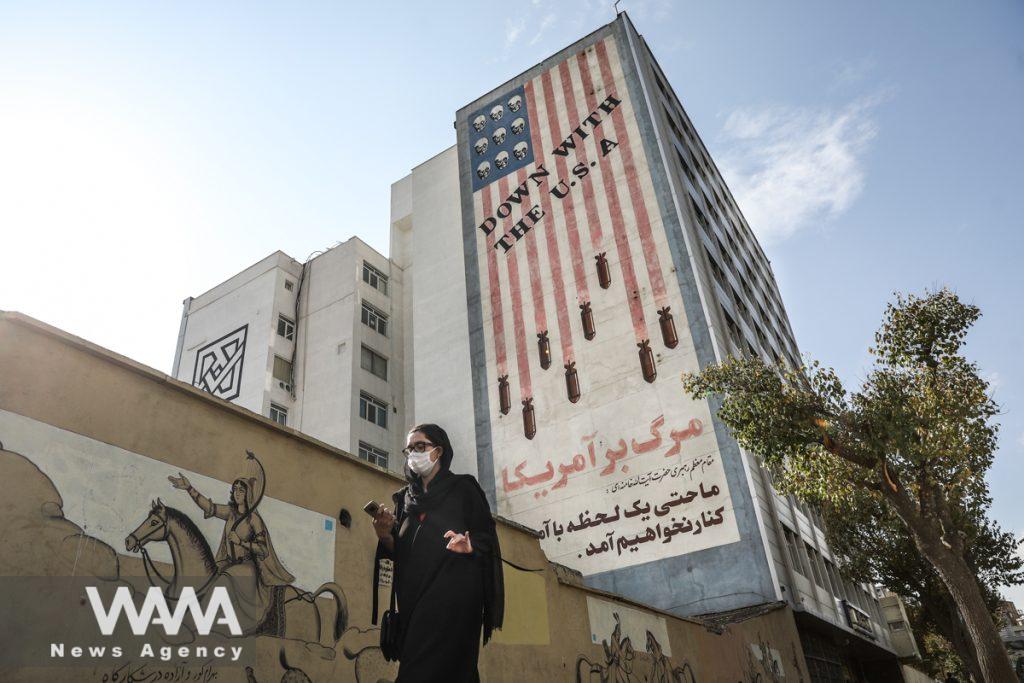 An Iranian woman walks in front of a wall with an anti-American image on it, after Joe Biden wins the US elections, in Tehran, Iran November 8, 2020. Majid Asgaripour/WANA (West Asia News Agency)

Many artists believe that the fundament of graffiti in Iran is political and walls turned into powerful media during the revolution and the Iran-Iraq war (1980-1988) known in Iran as the Sacred Defense, which was waged by former Iraqi dictator Saddam Hussein.

At that time, graffiti was first used to convey political messages, anti-western slogan and propaganda, accompany images of leaders of the revolution and symbolic religious elements among other functions.

One of the most notable instances of the graffiti, which served such a purpose is relevant to Iran hostage crisis (1979-1981) when a group of revolutionary students called the Muslim Student Followers of the Imam’s Line took the U.S. Embassy in Tehran by storm and held 52 Americans in confinement there for 444 days. The walls of the US Embassy in Tehran still bear the anti-American slogans as well as propaganda and a part of the embassy has been converted into an anti-American museum since many years ago. 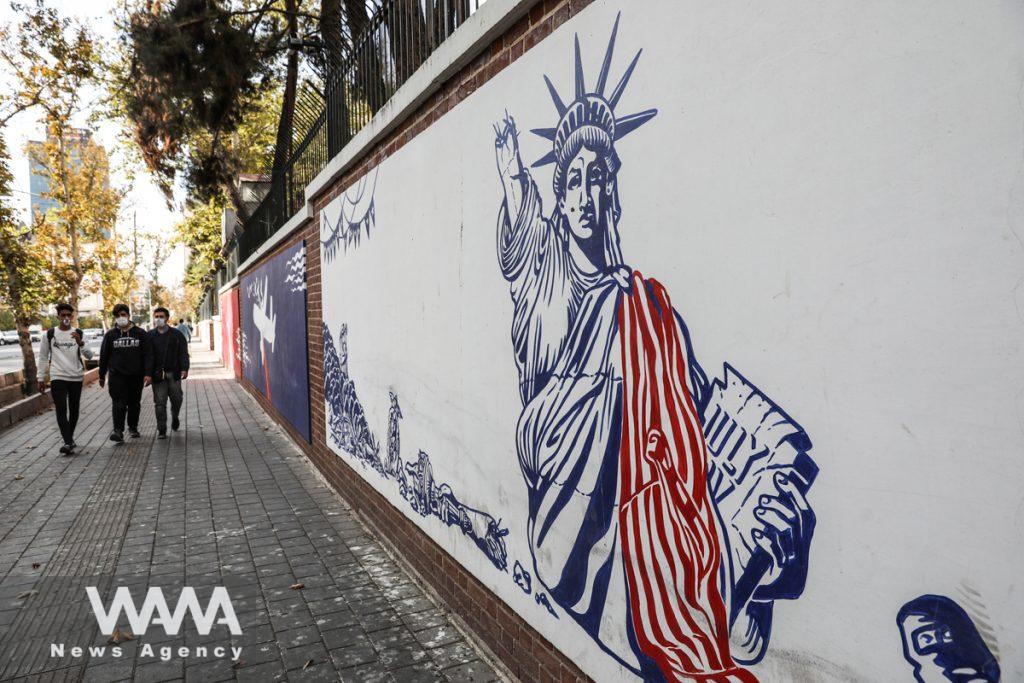 Iranian people walks in front of the walls of the former US embassy in Tehran with anti-American pictures on it, after Joe Biden wins the US elections, in Tehran, Iran November 8, 2020. Majid Asgaripour/WANA (West Asia News Agency)

After those flaming days, the Iranian officials have adopted an ambivalent approach to graffiti. At the beginning, they were staunch supporters of graffiti at the service of the revolution and the Sacred Defense. Later, some municipalities such as Tehran municipality invited artist to decorate the walls of the city with murals and words as means for propagating the values of the revolution and remembrance of the martyrs, particularly the martyrs of the Sacred Defense. At the same time, they have been observant that prevent the walls to be conveyer of secular, non-religious or non-revolutionary messages.

These days the cities of Iran are witnessing the revival of graffiti in various forms, which ironically address the veteran Iranian revolutionaries and voice the protesters demands, although many of them have been physically distorted. On the other hand, those who are against the West presence and policies toward Iran use the same means of expression to send a signal to the adversary: Be careful, we are watching you. 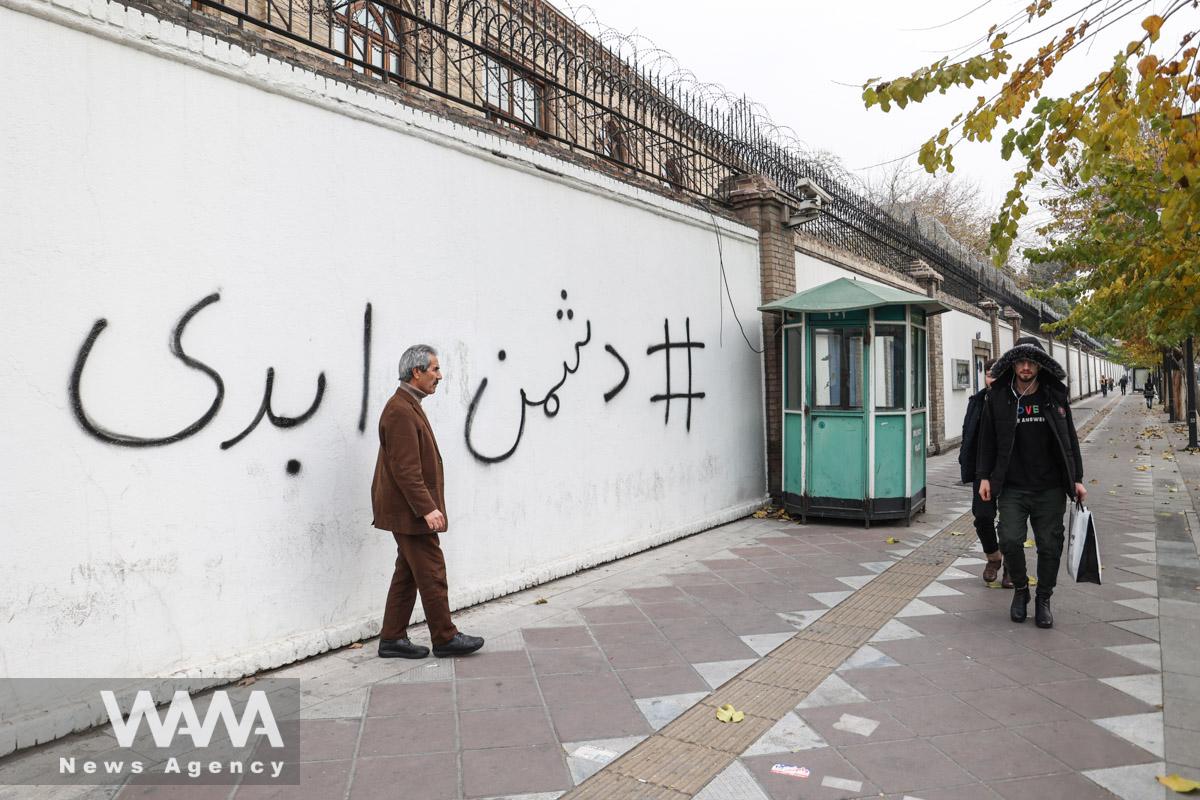