In an statement, Iran’s Foreign Ministry warned that the shut down of the French Iranology Institute ‎(Institut Français de Recherche en Iran), the cultural branch of the French Embassy in Tehran is the first step in response to the cartoons published by Paris-based journal.

Earlier on Wednesday, the ministry summoned the French ambassador to Tehran Nicolas Roche to object to the insulting act of French magazine calling it “aggressive and indecent”.

Foreign ministry spokesman Nasser Kan’ani told French ambassador that the Islamic Republic of Iran is waiting for a clarification and compensatory measure by the French government in condemning the obnoxious act of the French Magazine.

“France has no right to insult the sanctities of other Muslim countries and nations under the pretext of freedom of expression,” Kan’ani said.

Moreover, Iran’s Foreign Minister, Hossein Amir-Abdollahian sent a tweet to say: “The insulting and indecent act of a French publication in publishing cartoons against the religious and political authority will not go without an effective and decisive response.”

“We will not allow the French government to go beyond its bounds. They have definitely chosen the wrong path,” he added. 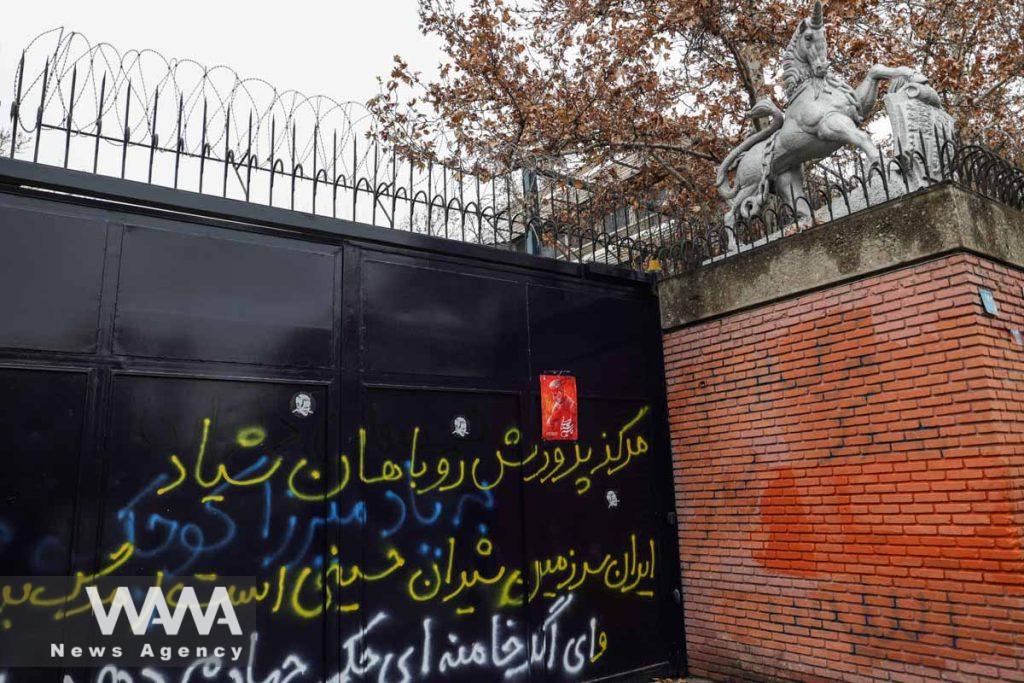 An anti-British graffiti is seen on the wall of the British Embassy in Tehran, Iran, January 5, 2023. Majid Asgaripour/WANA (West Asia News Agency)

On the other hand, a member of Iran’s Government Information Council Abdollah Ganji tweeted: “What’s the advantage of having relation with France for us at the moment? The least expectation we have of our foreign ministry is to expel the French ambassador to Tehran.”

“We would also like to give and enforce our own definition of freedom, no matter it is congruous with their standards or not,” he went on to say.

On December 12, Iran’s Foreign Ministry imposed sanctions on several European individuals and organizations, such as Charlie Hebdo over what it said to be interference in Iranian domestic affairs and supporting the protest erupted in the country. 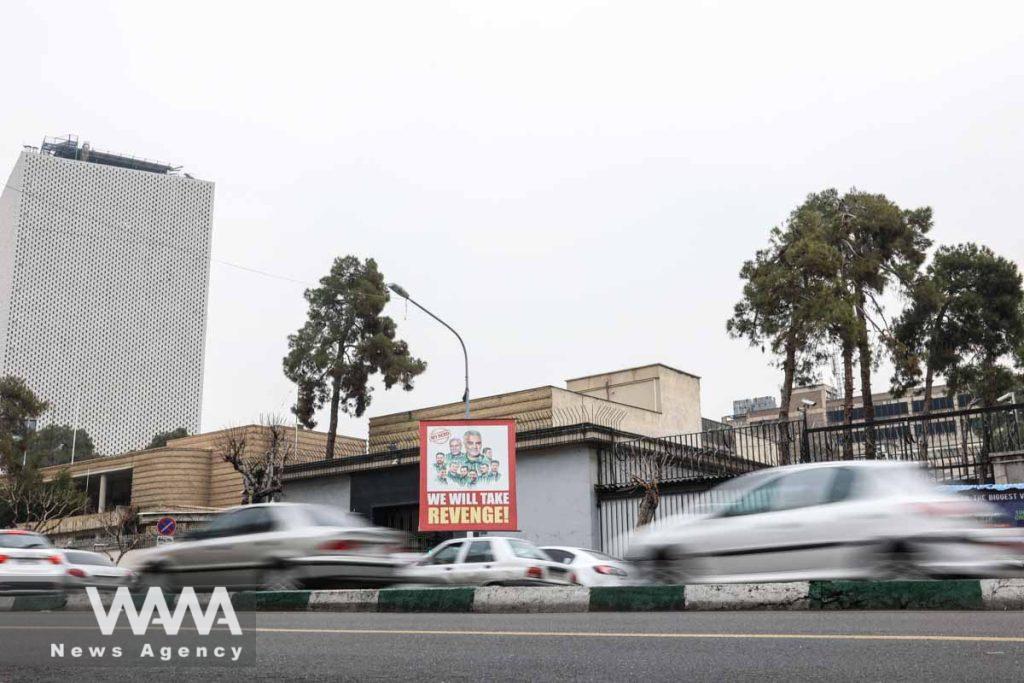 A banner with a picture of Qassem Soleimani is seen in front of the German Embassy in Tehran, Iran, January 5, 2023. Majid Asgaripour/WANA (West Asia News Agency)

Charlie Hebdo is scheduled to release several insulting cartoons of the Leader of the Islamic Revolution Ayatollah Ali Khamenei on its special issue this week. Earlier in December the journal issued a call for a contest on creating such cartoons.

The journal says has contained the caricatures in the special issue to mark the anniversary of the fatal attack launched by Islamist militants on its Paris office on Jan. 7, 2015 after the weekly had published cartoons insulting the Prophet Mohammed (PBUH).

In response to the statements made by Iranian officials and after Paris’ ambassador in Tehran was summoned over cartoons, the French Foreign Minster Catherine Colonna said today that Iran should look at what is going on at home before criticizing France.

“Let’s bear in mind that in France press freedom exists contrary to what’s happening in Iran and that this (freedom) is overseen by a judge within the framework of an independent judiciary, which is something that Iran without doubt doesn’t know well. There are no blasphemy laws in France.” she added. 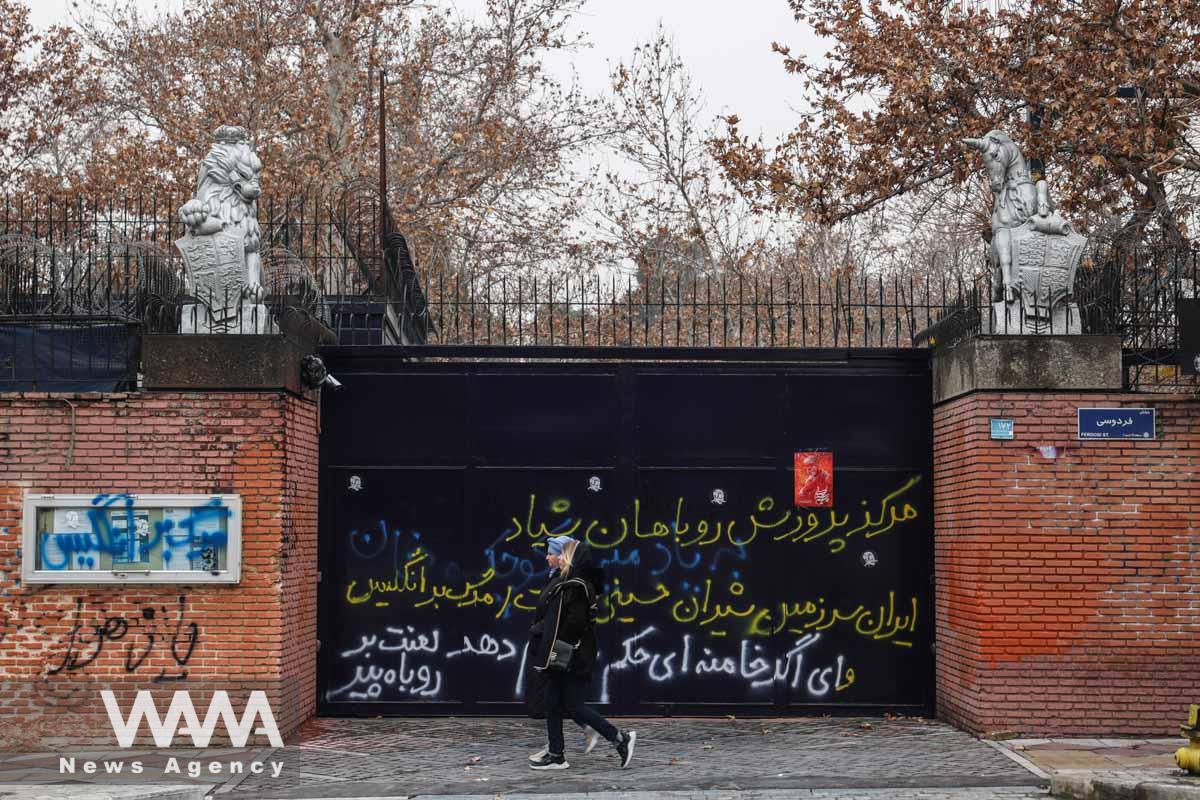